Page 5/7: Topic C: Helping the child learn about customs, roles and behaviour in the institution

Topic C: Helping the child learn about customs, roles and behaviour in the institution 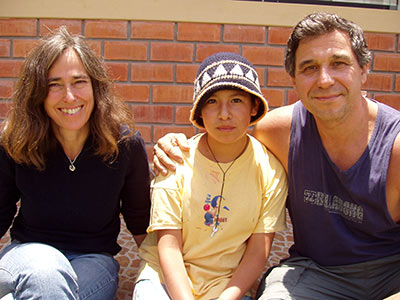 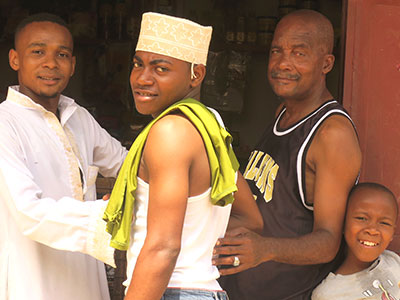 Every institution has its own habits and rules for behaviour – how we talk to each other, show respect for each other, the daily rhythms and so forth. Usually we never talk about them because everybody just knows ”that’s the way we behave here”. But for a child coming from another institution, or from a foster family or perhaps from parents who were/are unable to care for it, even the simplest rules of conduct can be very difficult to learn. If the child has behaviour problems, it can be difficult for the other children to understand why the caregivers behave differently towards the new child in care. They may become jealous or afraid because it seems like the caregivers have all their attention on the new child. They may also be provoked by the child’s behaviour (”He just walks into my room and takes my toys without asking!”).

Therefore, it is important to agree on new ways of interacting. The caregivers can make a new code of conduct, describe them to the children and youth, and show how to practice them in daily situations.

Many children in care have little sense of how to interact with others in a family like setting. What can you do to help them learn this? Here are ideas for how to make and practice a set of rules.

A regular meeting every week to introduce rules for how to be together. Start in a simple way by introducing one or two rules of behaviour: how do you show respect for each other’s physical space? Here it is important to make the children participate and agree. For example ”Can you walk into someone’s room without knocking on their door?” or ”when we sit at the dinner table, we can take turns in telling each other how our day went?”. Or, ”It would be nice, if you could share each other’s things and toys”. Or, ”We all take turns setting the dinner table”. You can pick any topic you think will be helpful to avoid conflicts.

An example:
One caregiver found that the two teenagers were very annoyed when the younger children ran into their rooms. After discussing this one evening, she put red labels on the doors to all her children’s rooms, and set a new rule: If a door has a red dot, you must always knock and wait for the answer.
There will always be conflicts. It’s important for children to know there is a set of rules and where to negotiate rules and discuss problems. Gradually the discussions will give the children a better sense of how to work together. With very disturbed children in care, learning about how to practice interaction may take much longer than usual.

Here is an example from an interview with caregivers who received a very deprived child when he was one and a half years old:

”When we received him, he almost did not move, he had not learned to speak, and he still could only drink from a bottle. The other children had looked forward to having a new member of the small group, but he was unable to respond to them. If they tried to touch him or caress him, he started screaming, or tried to scratch them. It took a long time for them to understand that he was under-stimulated, and that we as caregivers had to work with him first for a long time.
Because we stimulated him often, his development happened very quickly – but as he got older, it was clear that he didn’t know how to interact: he was very energetic, aggressive, and always restless. He could not stay in a dialogue or with an activity for more than a minute. He often dropped something he was doing, or interrupted others when they were in the middle of a conversation. Because he was afraid and stressed, he often tried to take control of others and dominate the situation. Two other children being five and six years older than him found it very strange that a toddler would think he could dominate the dinner table, and that he would just scream if he didn’t get his way. So, we all had to work to show him how to take turns, listen to others and respond in a conversation. He also needed much guidance to learn how to understand where he could go and not go.
Today he is nine and able to attend school – but if he gets too excited, he still acts out like a four year old. Now he trusts all the other children and caregivers in the institution. He is very fond of our oldest teenager, and he has learned to ask for help in difficult situations. His teachers are very tolerant but also quite firm, so now he is learning much faster than before. We have as a group learned to manage very stressful daily situations and how to prevent conflicts. In a way this brought us closer together, but the first two years were very difficult for all of us.”