Page 4/9 How do street children respond when we offer them care?

How do street children respond when we offer them care?

Children of the street respond to care from rehab staff or foster parents very differently from children who grew up with loving care. Children who were loved will decide if they like and trust you. Street children will decide whether contact with you will help them survive for the next hour: can he or she give me food, money, immediate protection, or not? They are much more stressed and often lack basic trust. They circle quickly between people who can satisfy their immediate needs.

Giving up or loosing parents and living in the street is often a desperate decision taken by traumatized children or teenagers, long before they are mature and ready to live on their own. In this sense, they become “little grown-ups”, who have given up their trust in parental or adult care, and had to take responsibility for their own lives. Their traumatic experiences with loss of care mean that they will often show suspicion towards rehabilitation staff, or run away from foster families in spite of a great effort. In the first many contacts, children will often respond with rejection or anger. You must understand how challenging it can be to restore street children’s faith in adult care and guidance. 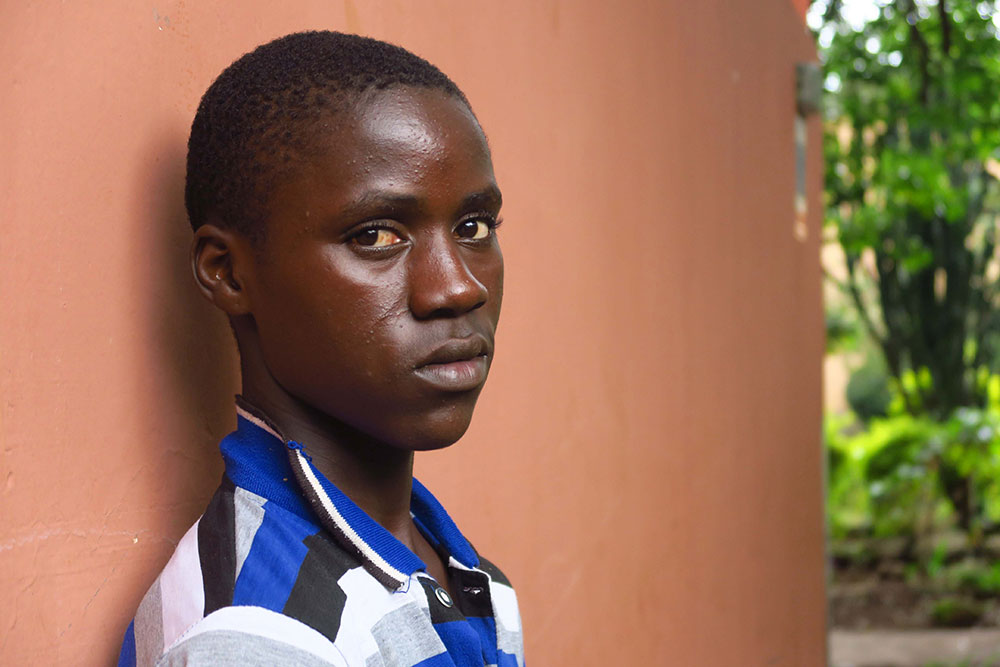 Street children who grew up with secure love and care may have reservations when you meet them, but if you convince them of your good will, they will soon start trusting you, and attach emotionally to you – staff and caregivers can be substitute parental figures. For example, ten-year old Bisangwa grew up with loving parents who died in a traffic accident. To survive, he took to the streets. In the rehabilitation centre, he appreciates what he is offered. When introduced to a foster family, he soon attaches emotionally to them, and his development is now fine.

It takes much longer to connect with children who grew up with violent, addicted or neglecting parents, or children whose parents abandoned them. These children often respond to you with one of these insecure behaviours, even when they long for care:

1. Insecure avoidant behaviour: Dido is seven years old. He does not expect any help from you, and shows no feelings. He almost never smiles or cries, he has a “stone face”. He tries to be an independent “little grown-up”, and he sees your offers as an unwelcome interference. He does not know how to show his needs and feelings towards you. He is more often tense and restless, than happy and spontaneous. Deep inside, he wants love and care, but he never learned how to show his needs. In rehabilitation, he accepts living with foster mother Roberta. She helps him express his feelings and thoughts, and actively provides hugs and care even when he is not able to ask for it. One year later he is devoted to her. Now he looks much happier and more spontaneous.

2. Insecure ambivalent behaviour: 12-year-old Robert grew up with very unpredictable parents. His father was sometimes loving, and sometimes had fits of rage. His mother was mentally ill, and only cared for him when she sometimes was well. Because Robert’s need for love is mixed with a basic fear of caregivers, he acts in a very confusing way towards staff in the rehabilitation centre. He adores staff member Eric, but always criticizes and mocks female staff. He longs for intimacy and care, but at the same time he’s very afraid of you. Even when staff act kindly, he will often blame them, be very suspicious, try to dominate or control them, and bully other children. One minute he complains that nobody likes him, the next moment he will reject and blame you for not liking him. He runs away several times after conflicts, but he always comes back. He is placed in a foster family with a foster father who is experienced, calm, and also able to set clear limits and rules of conduct. After a year, he is able to go to school and play with friends without getting involved in too many conflicts, but he is still very vulnerable in close relations.

3. Insecure disorganized behaviour:
Five-year-old Aurore was severely neglected by a poor 12-year-old teenage mother from birth. She was undernourished when she was found in the street. In the rehabilitation centre, she contacts everybody, and constantly tries to get their attention in a very charming and baby-like way. She wants to sit on the lap of any staff – even any strangers who visit. But her contacts are very short and random, and do not lead to a deeper relation to any particular staff. She doesn’t remember what happened a minute ago. Her ability to attach to a caregiver has not been developed in her first years. She can play with other children, but only for a short while, and she is very easily distracted. After a year in foster care, she is beginning to look for care and protection from her foster parents only, and shows a little affection for them.

Now: what kind of help do various street children need? Are they all orphans, or do they have different needs for our help? Who needs rehabilitation the most?